There are often opportunities throughout the year for pupils to take part in other sporting activities. For example our Quicksticks hockey team 2019 reached the County finals on Friday 29th March 2019, see the photos attached above. In previous years we have entered a Year 4 team into the Epsom & Ewell Dance Festival.

This Tuesday 3rd March 2020, a team of six year 6 pupils attended the County Racket Pack Festival at the Guildford Spectrum. This was a non-competitive event which involved various racket-challenges and was great fun. Our team showed good skills and had the best score at the Keepy-uppy station! Well done to Adam, Aidan, Louis, Lucas, Nina & Piyara, you were a pleasure to take along.

On Thursday 28th February 2020, our two teams of volunteer hockey players braved the cold for the District Tournament at Epsom Hockey Club. Both teams played 6 matches of only 7 minutes each against other schools. Our Team One won 5 and drew 1 which put them through to the semi-finals and Team Two won 1, lost 1 and drew 4 (0-0) which unfortunately meant they didn't progress as it came down to goal-difference. They played so well together considering this was their first outing as a team and I was really impressed with their hockey-prowess! Well done to Lucas, Cara, Samuel, Luziana, Artie, Hanna & Oliver, I look forward to seeing you all play next year. So, Team One faced Cuddington Croft's B-Team in the semi-finals and beat them 2-0 quite comfortably. This meant they met Cuddington Croft's A-Team in the finals which was a repeat of last year! Wonderful teamwork and good sportsmanship were shown by our superb players (unfortunately, the same can't be said for all of the opposition!) and it was lovely to watch them win that 2-0 too! This means they will represent Epsom & Ewell borough in the County FInals on March 12th. Many congratulations to Lola, Freya, Rose, Tristan, Steven & Noah and thank you to all our supporters who must have been absolutely frozen!

Year 4 represent Wallace Fields at the annual Dance Festival, held at the Epsom Playhouse each June. Lauren Johnson, who runs the after-school Hip-Hop Club, has in the past been our dance teacher for this event. We welcome all abilities but we do hold auditions where they will be taken through a simple routine to assess their rhythm, coordination, focus etc. and 12 dancers are selected to take part.  Rehearsals take over lunchtimes leading up to the event. 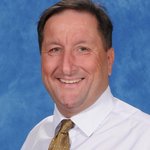 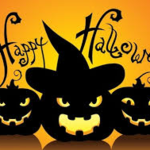 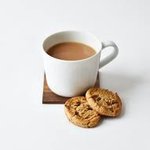