The Wallace Fields Junior School has a Year 6 netball team.

The squad was selected in the Autumn term and is Aaliyah-Zaina R, Bea E, Cara N, Elsie S, Hanna E, Isabella S, Leah L, Luziana W, Sabrina T & Susannah R and started training on Wednesday 30th September but was haulted due to the Covid pandemic. There are a few more spaces in the squad, so if your girl or boy is interested in taking part then please contact Mrs Wilson on LWilson@wallacefields-jun.surrey.sch.uk

On Wednesday 10th March 2021 training will resume from 3.15pm to 4.30pm every Wednesday. The children will need to bring kit to change into as they will not be wearing PE kit during the day on Wednesdays.

Every Wednesday 3.30-4.30 after school during the Autumn, Winter and Spring term.    If we have very wet or icy weather, the session will have to be cancelled as the hall would not be a suitable alternative and may already be in use.  Please contact Mrs Wilson LWilson@wallacefields-jun.surrey.sch.uk to join a WhatsApp group so you can be alerted to any last minute cancellations or specific match details.

On Wednesday 4th March, we hosted a 4-way netball league fixture involving Cuddington Community, Cuddington Croft & St. Clement's. Our first game was against St. Clement's and we had underestimated their potential! They were a great team and had some very fast players who managed to read our moves very well and intercept lots of our passes. This game finished 18-1 which really doesn't represent the equality of skill on both sides but those goals just kept coming!! All credit to our girls though, they brushed themselves off and got on with the next game which was against Cuddington Croft. By now, the rain was falling quite hard but we got a good start and by half time, we were 6-1 up. Then the Cuddington teacher came over and said they were leaving because of the weather which was a bit bizarre so that's where that game ended. Our last match was against Cuddington Community and the children were pretty soaked by now but both teams were keen to play and showed great spirit. It was another great game, albeit rather slippery and comical, and we won 6-4. Well done to Evie, Zara, Niamh, Sophia, Carrie Sophie & Freya.

This Wednesday 27th February, both our netball teams played St. Joseph's too. Both were thrilling games to watch and the As won 8-6, the Bs 9-4. Brilliant work all round, well done everyone.

On Wednesday 5th February, our brilliant netball teams played their fixtures against Southfield Park. It was a beautiful afternoon so we had a great crowd of supporters to watch our A team win superbly 18-3 and the B’s most convincingly 6-2. Fabulous teamwork all round. The Southfield Park teacher emailed me afterwards to praise the talent of all of our players!

This Tuesday 28th January 2020, we went to Stamford Green for both our teams to play a match. Our players were a little nervous but eager to get going and that they certainly did! The A team didn't have it easy and were fairly well-matched (although they are rather awesome!) but took an early lead which they held onto and won very comfortably 7-3. It was the first proper match for the B’s but they got stuck straight in and were fantastic. They finished with a very impressive 9-0 victory! Well done everyone, let's hope we can continue our winning streak as we take on Southfield Park next Wednesday  5th February. 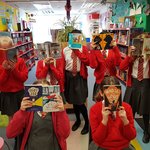 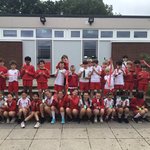 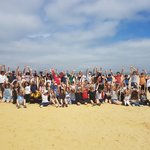 Year 6 had a fantastic trip to the Isle of Wight