Every year we have a football squad that trains in the Autumn, Winter and Spring term.  This year we will have a football team consisting mainly of Year 6 plus some Year 5.  Trials happened in the Autumn term and the teams were selected.  Those selected will be invited to train each Thursday from 3.20-4.45pm.  They must remember to bring a change of clothes (not school PE kits please) including football boots (no metal studs), shin pads, long socks and their water bottle.  They will get changed in 5S or 6H and will be expected to change back into their school uniform before leaving.  If this is an issue for you, please speak to Mr Lee.

The squad trains until Easter and does not run in the Summer term.  If the weather is very bad, training may have to be cancelled so please be prepared for late notice.  If your child cannot attend a session for any reason, I would be grateful if you notify myself or the office in advance.  Please note that during the last half term of the Winter term and first half term of the Spring term, children will not be released to walk home unaccompanied due to the limited daylight, as per the school policy.

Along with the privilege of being selected to represent the school comes the responsibiilty of leading by example.  Therefore, any child who repeatedly misbehaves at school, either on or off the pitch, will be swapped with a player from the C team without hesitation.

Parents are kept informed via Spond by Mr Sellars, the football team co-ordinator. Please contact Mr Sellars CSellars@wallacefields-jun.surrey.sch.uk to join our team Spond group so you can be alerted to any last minute cancellations or specific match details.

Mr Sellars was very impressed with the turn out for football team trials and the competition was tough.  He will keep a note of those who missed out and will let them know if a C team is possible in the future and year 5 children will get a chance to try out again in year 6.

In the meantime only team A, B & the girls team can attend squad training and parents have been contacted with a link to sign up to Spond for team communications.

We also now have selected a girls team.

We begin the school year each September with a football tournament held at Epsom College where we play many preparatory schools from the local area and South London. Then in the Spring we take part in inter-school football fixtures against the local Epsom and Ewell schools.

A fixture on Thursday 17th November with The Vale saw our Football team put on a victorious performance on Thursday. Our team responded brilliantly to some expert advice from Mr Findley at half time after which great set up play was met by brilliant Goal keeping from The Vale, however nothing could stop WFJS continuous attack. Solid in defence WFJS keeper Elliot Grover got a piece of the action when he stepped up to take a penalty which rattled the back of the neck. Well done team!!  Full time result - The Vale  0,  WFJS  4. Thanks to all who attended.

The A and B football team Thursday 8th December 2022 against Epsom Primary.

It was an icy cold fixture for the Epsom Primary vs Wallace Fields football fixture this week and both WFJS teams put on a smoking hot performance. Our teams kicked off piling on the pressure and the goals came with it. Our A team screamed ahead in the second half to finish with a very convincing win (11 - 1).  Also, victorious, our B team showed a solid performance that continued until the final whistle with a 6  - 0 result.. A special mention must be made to James O’ Driscoll’s left foot ‘WOW!’.

Thank you to our teams and all who braved the cold to support our players.

The A, B and Girls team played Danetree on Thursday 12th January 2023.

Despite it hammering it down with rain it didn't stop the action.  Danetree went ahead early on though Wallace Fields Juniors showed great skill and composure resulting in a flurry of fantastic goals and went on to win 6  - 2.  The B had a very convincing win, proving to be a serious team to be reckoned with.  The girls won 5:2 on their first game and really enjoyed it.

Next week on Thursday 19th January, the A team have a match with Cuddington Croft at home 3.15pm - 4.15pm and the B team and girls team will have training as usual.  Parking: As there will be more cars in the area on Thursday 19th we would encourage parents to avoid driving if they can or park further away. Mr Sellars has sent stricter guidelines to visiting school to park further away and with more consideration. The visiting school have agreed to more car sharing to minimise impact on traffic following the  gridlocked caused by inconsiderate parking. He has also reduced the number of matches. All access will be via the alleyway in Wallace Fields and not through the school to tighten safeguarding. 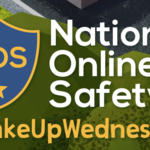 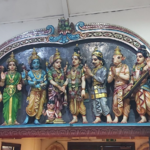 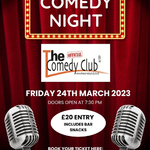