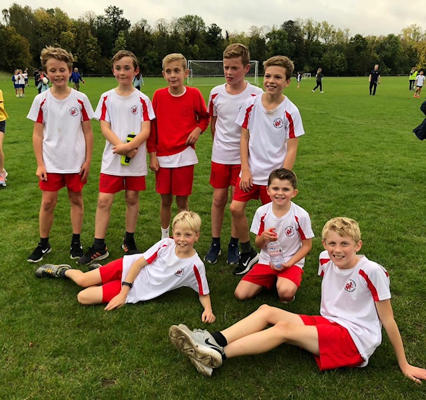 After much excitement beforehand, Wallace Fields Junior School inter-house cross country run proved a resounding success! With 128 runners in four different houses, the Year 3 & 4 runners had to two laps of the sports field, whilst Year 5 & 6 ran three laps. Finally, it was time to announce the winning house ... red!  Also, a special mention to Year 6 boy Max Carter, who inspired two young runners that were struggling and ran a lap with them.

The fastest children in the school's inter-house cross country went on to a district cross country held at Sutton Grammar School's playing fields. After a long, tiring run, both the girls and boys' team won. The most impressive runs were Louis Thornton and Will Digance.  Will was in Year 5 and beat many Year 6's to come 18th. Louis came 2nd out of everybody.