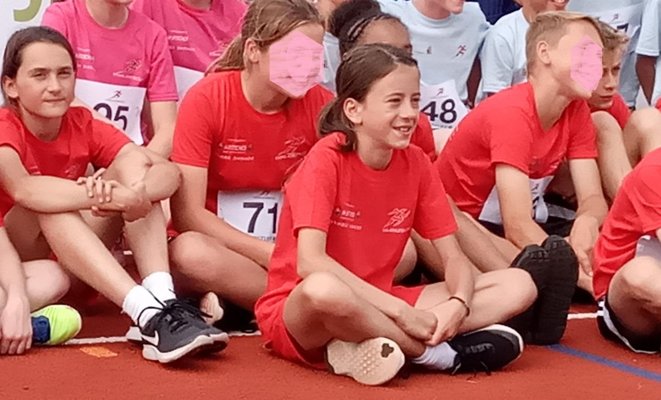 Last Thursday (18th July), the top ten athletes from Epsom & Ewell junior schools competed in the Surrey Quad Kids event at the Guildford Spectrum against 9 other boroughs. Three of our children were amongst this elite team - Freya B (yr 5), Sophie L (yr 5) and Louis T (yr 6) and they had to throw a Vortex Howler, do a standing long jump, run 600m and a 75m sprint, followed by a team relay.

Epsom & Ewell finished 7th overall which, as the smallest borough, was a great achievement. Freya was in the top 3 throwers, Sophie and Louis both won their sprints and the whole team came 2nd in their relay, only just being beaten by a metre.

We're extremely proud to have had three such fantastic representatives for our school, well done.